The Canary Islands are popular vacation destination, and holidays here are associated with comfort, historical and natural attractions, delicious food, clean beaches and a leisurely, relaxed atmosphere. Tenerife is the largest and most popular holiday island of the Canary Archipelago. We are sure that you have heard a lot about vacation on the Canary Islands, in particular on Tenerife, and how interesting and exciting it is to spend time there. Nevertheless, if you need a visual assistant on how to have unforgettable vacation in Tenerife, our infographic will be helpful to you. We show useful information about the island so that it is easy to read and remember. After reading our infographics, you will be able to make a plan of your bright vacation in Tenerife!

Do you like our infographics? To add it on your website, simply paste the snippet below into your code.

In the infographic about vacation on Tenerife island, we have collected a maximum of useful information.

1. What you need to know about visiting Tenerife

The Canary Islands have gained popularity among tourists due to the mild climate, clean ocean beaches, delicious food and good-natured local people. Those who are going on vacation to the Canary Islands should know that the archipelago is a part of Spain and it is located in the Atlantic Ocean off the coast of Morocco (West Africa). According to it, a Schengen visa is required to visit the islands. Tenerife is the largest of the Canary Islands, it reaches 85 km in length and from 6-12 km to 45-50 km in width. The capital of the island is Santa Cruz de Tenerife. The Canary Islands currency is euro. What is good to know, the Canaries are a special economic zone and the prices for many goods here are lower than in mainland Spain. As a result, the goal of many tourists coming on vacation in Tenerife is not only relaxing on the beaches and visiting attractions, but also shopping.

2. Where to go and what to visit in Tenerife

When spending vacation in Tenerife, it is important to properly allocate your time to visit the attractions you are interested in. In this order, we recommend to learn more about the attractions before you travel to Tenerife. Decide what you would like to visit, and planning your days on the island will be much easier for you. Tenerife is an amazing island, there are a lot of places worth visiting and seeing. It is more convenient to make acquaintance with the island in a rented car – so you can visit only what you are interested in, as well as spontaneously stop in the places you like. While Tenerife tours have a certain program, and of course, they cannot be good to everyone.

Major attractions of the Tenerife:

3. The best beaches of Tenerife

Beach vacation in Tenerife can really be perfect. If you rent a car and drive along the island, you will get sure that the beaches of Tenerife are completely different, while each of them has its own feature. Tenerife has several yellow sand beaches, the sand for those beaches was specially brought from Africa. The natural sandy beaches of the island are dark. Rocky, with constant winds (therefore ideal for surfing and kitesurfing), beaches with well-developed infrastructure and shallow entry into the water for relaxing with children and secluded wild beaches – in Tenerife everyone will find a beach he would like.

We think that the best beaches in Tenerife are:

There is a large number of observation decks (Miradors) on Tenerife, the views from which can impress even the most demanding tourists. The perfect way to visit the best observation decks is to rent a car and drive around the island. From the observation decks you will see such a different and unusual Tenerife. We think this is the best way to get to know the island!

The observation decks of Tenerife, we recommend to visit, are:

5. The Main Resorts of Tenerife

Choosing a resort on Tenerife is an important part of preparing for the trip, because mostly the vacation impressions depend on the resort. We made a description of the main resorts of Tenerife so that you can decide on a place that meets your preferences and expectations from the vacation on the island.

Santa Cruz de Tenerife is the capital of the island. Those who are interested in architecture and historical attractions, shopping and city vacation stop here.
Los Cristianos is a small Canarian town in the south of the island, which is suitable for those who are looking for a quiet vacation away from big cities.

Playa de las Americas is the main resort of the south of Tenerife and a favorite vacation spot for young people. This is the most noisy resort of the island, where you can easily find parties, discos and bars. At the same time, Playa de las Americas is a major shopping center in Tenerife, there is a large number of stores of different price categories.

Costa Adeje – the most fashionable resort of Tenerife, as many think. However, really expensive accommodation in the resort is concentrated in the area of El Duque beach (Playa el Duque), in other places of Costa Adeje there are many hotels and vacation rentals at very reasonable prices.

6. Climate and Weather in Tenerife

The main advantage of vacation in Tenerife is its year-round. Tenerife is called “the island of eternal spring” – throughout the year here is a mild subtropical climate with warm and dry weather. The average daily temperature in winter in Tenerife is +20 +26 °C, in summer +23 +29 °C.

The weather on the island is often different – while the south is more arid, in the north of Tenerife rains and cloudy weather happen more often. Those who prefer swimming on Tenerife should take into account that the warmest water in the ocean here is in September and October, the coldest – in February and March.

7. National Cuisine – What Canarian Dishes You Need to Try in Tenerife

Canarian cuisine is one of the main reasons why the islands are so attractive for vacation. Food is an important aspect on every trip, and all guests of the archipelago will like fresh delicious products of the Canary Islands. Dishes of Canarian cuisine are simple and tasty at the same time, many people agree that they are similar to the dishes of Spanish cuisine, but they have their own features.

When staying on Tenerife, we recommend you try:

Use our infographics to create the best itinerary around the Tenerife.

If you like our infographics about the Tenerife, share it with your friends by clicking on the icon of the desired social network below. 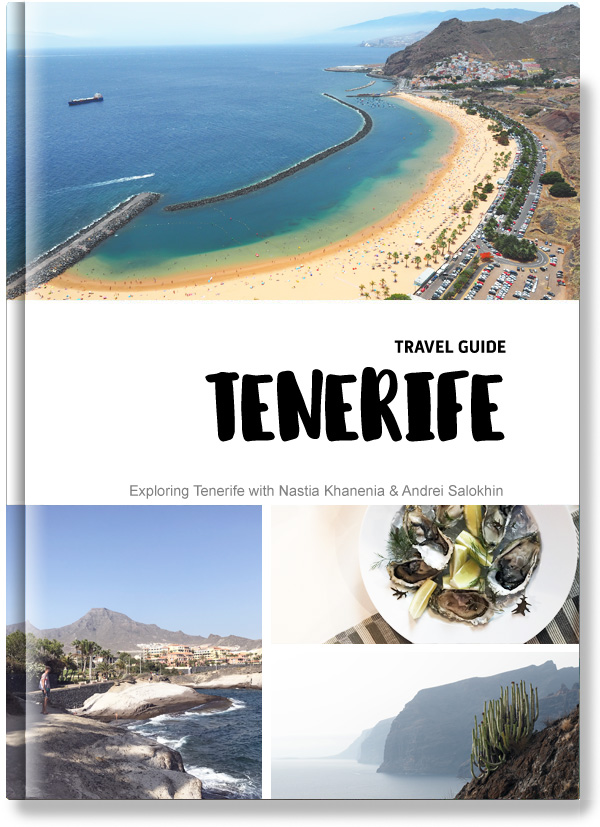 A detailed description of Tenerife, our 76-page travel guide is perfect for budget travelers! Here you will find practical information about traveling and saving money in one of the most beautiful countries in the world.

You will get suggested routes, budget, ways to save money, interesting and unique features, non-touristic restaurants, markets and bars and much more! Click here to learn more and buy the Guidebook.

⭐ Book a Trip to Tenerife: Tips and Tricks 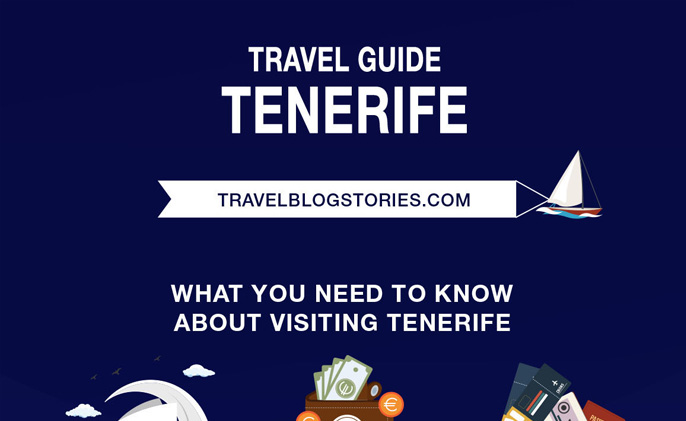 💬 Do You Still Have Questions? Ask Them in the Comments! ⤵